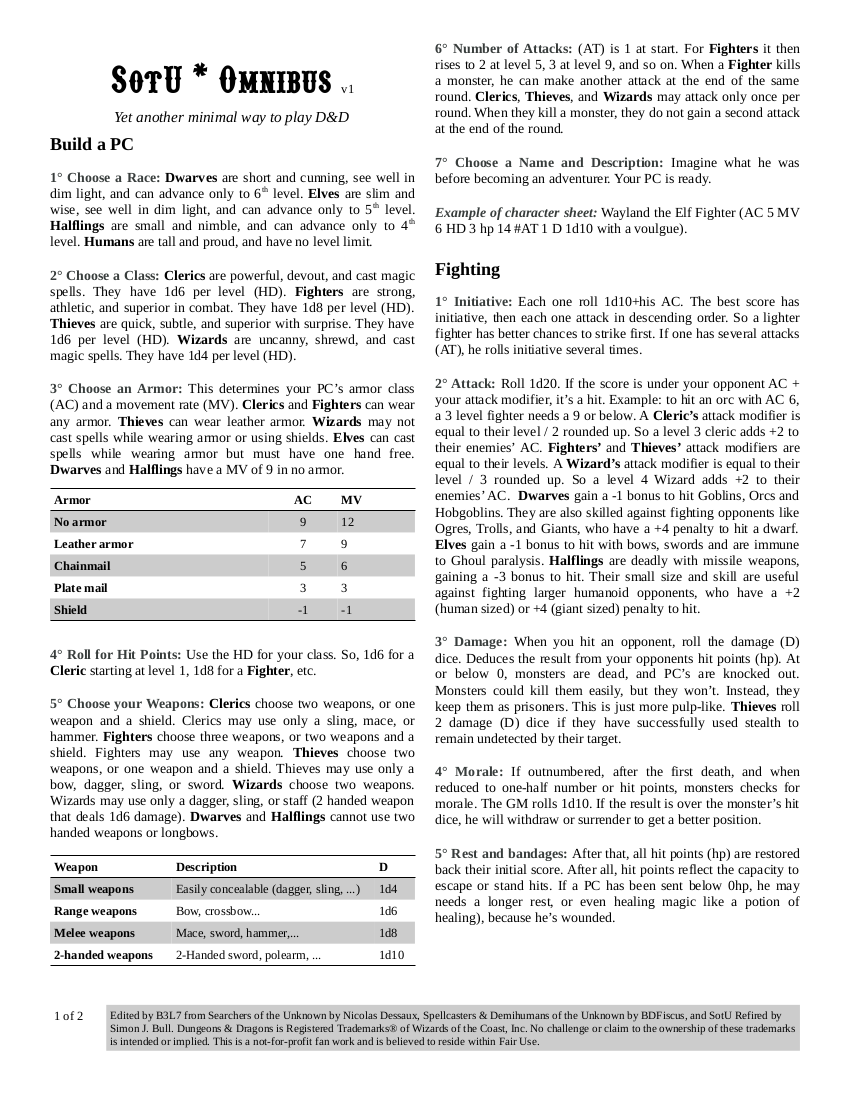 A friend of mine had been asking me for a few years now if we could play D&D. She has never played before and it got me thinking about the quickest and easiest way to introduce new players to tabletop roleplaying games.

I looked at HERE’S SOME FUCKIN’ D&D by Dustin R. I really liked the simplicity of it but felt the tone and mechanics were not quite what I was looking for. From there I decided to look at the game that inspired HSFD&D, which was Searchers of the Unknown by Nicolas Dessaux. I instantly fell in love with the minimalist system but knew it wasn’t quite enough yet given it lacked the classes and races I thought most players would be expecting. This lead me to Spellcasters of the Unknown and Demihumans of the Unknown by BDFiscus. This was exactly what I needed but I now had three documents instead of one consistent page. I then looked at Searchers of the Unknown Refired by Simon J. Bull. This was close to perfect except it lacked Haflings and Clerics (as well as a list of spells).

At this point I decided to create my own document consolidating the original SotU with Demihumans and Spellcasters by BDFiscus and the Thief from Refired by Simon J. Bull. I was able to consolidate everything down to a two page document which is linked above. I also linked the original ODT file for easy modifying. Overall I am pretty happy with it but have not had an opportunity to playtest it yet (hopefully soon).